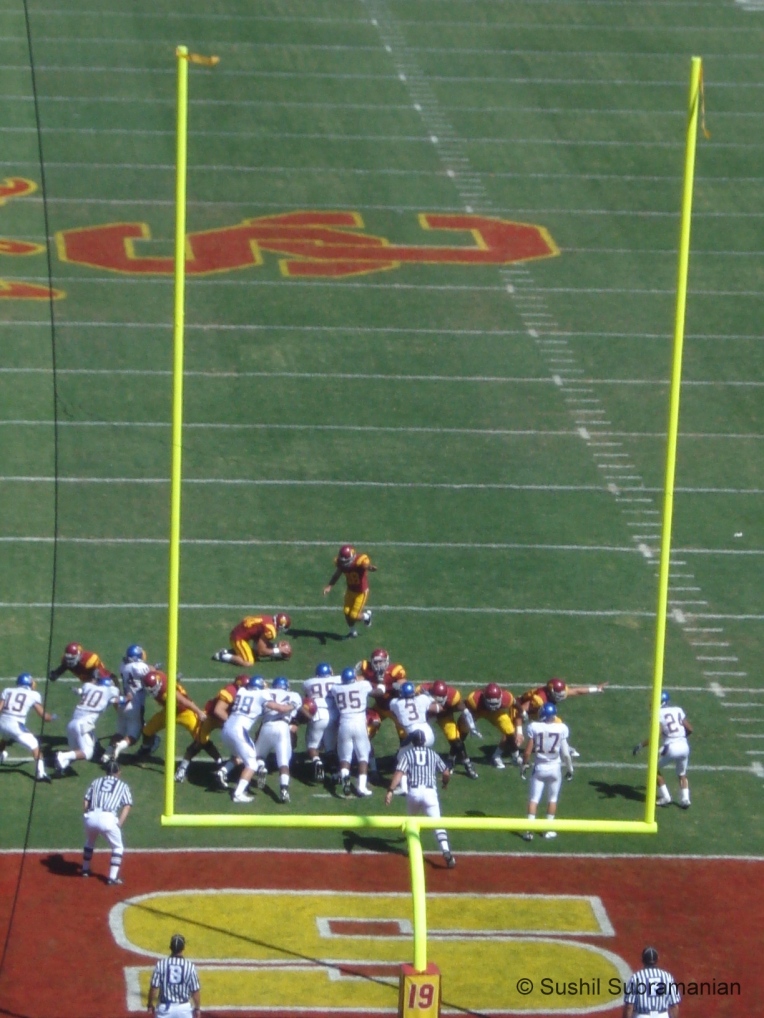 It’s college (American) football season again in the United States. About a year back though, on a scorching September summer day, University of Southern California played against San Jose State University and won the game 56-3. For those familiar with football, the picture above depicts a field goal attempt, which is similar to a free kick in football, where the objective is to kick the ball in between the poles that represent the goalpost. Due to the non-spherical shape of the ball, a field goal from a farther distance is considered more successful.

A first time visit to an American football game maybe painfully long and boring; every foul results in a clock stop, the non-spherical “foot”ball is mostly carried by hand and all you will see is huge, grown men grabbing each other. But one hardly goes to a game for the game. A quick scan of the stadium will show gleeful song girls, scores of people wearing the same t-shirt and beaming faces of kids extremely proud of their Alma mater; as football in America is just another word for devotion.

Liked the pic? Tell us what you think! Cancel reply